The first evident signals of an anticipated bora are the formation of whitish clouds (“kape” or in English caps) that cover the tops of the maritime mountains (Velebit, Učka, Biokovo – Croatian and Nanos – Slovenia). The edges of these clouds are sharp while their lower surfaces are horizontal. After the bora starts to blow the caps begin to break, and their disappearance is the sign that bora is about to stop blowing. Its duration may vary from two to four days, sometimes it can blow for even more than a week. Since it is a cold wind it can cause a sudden fall of the air temperature. Due to being a dry wind it reduces the relative humidity of the air and therefore increases visibility. The period of bora is usually followed by a long period of pleasant weather. Especially in a warmer part of the year the first clear signs of the coming bora are the formation of large storm clouds and lightning without thunder. The cyclonic bora is often accompanied by a sudden barometric pressure fall and the appearance of the clouds on the southwestern horizon. This type of bora is localized, extending only a few miles offshore. 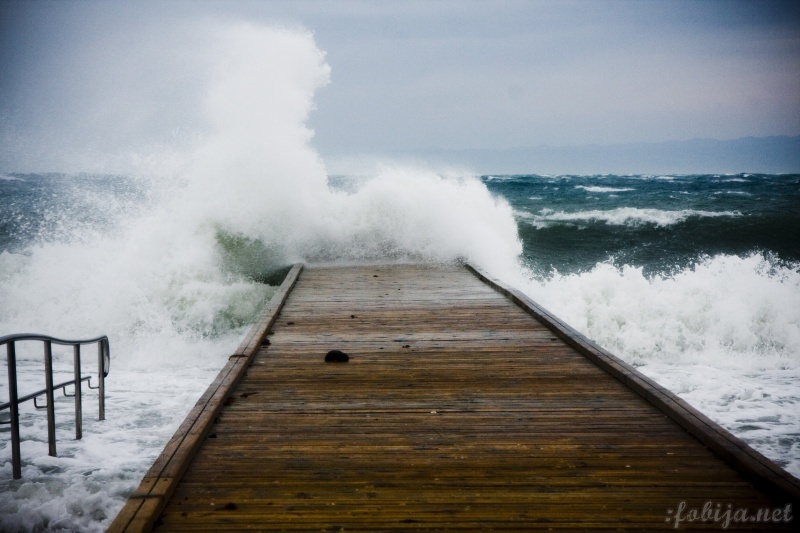 Bora can reach gale-force speed. The stronger winds occur along the eastern shores of the Adriatic Sea and are usually less intense over the open waters while they rarely reach the shores of the Italian coast. The waves originated by the bora along the eastern coast are steep, tall and short. Due to the speed of the wind they foam and spray, while the small drops formed by the wind create a so-called “sea smoke” Since the intensity of the bora declines towards the open sea, the waves become longer. Bora usually intensifies its strength between 7 and 9 am and reaches the maximum power range between 10 and 11 am. After 11 am the strength of the bora decreases. If the wind strengthens in the evening time, we can expect that the bora will blow for another few days.

The strength of bora is greatly influenced by the local coastal configuration. The area where some of the strongest bora winds occur are:

On the other hand there are areas which are rarely hit by the winds of bora and are relatively less dangerous for sailing. These, so called bora lee regions are as follows: 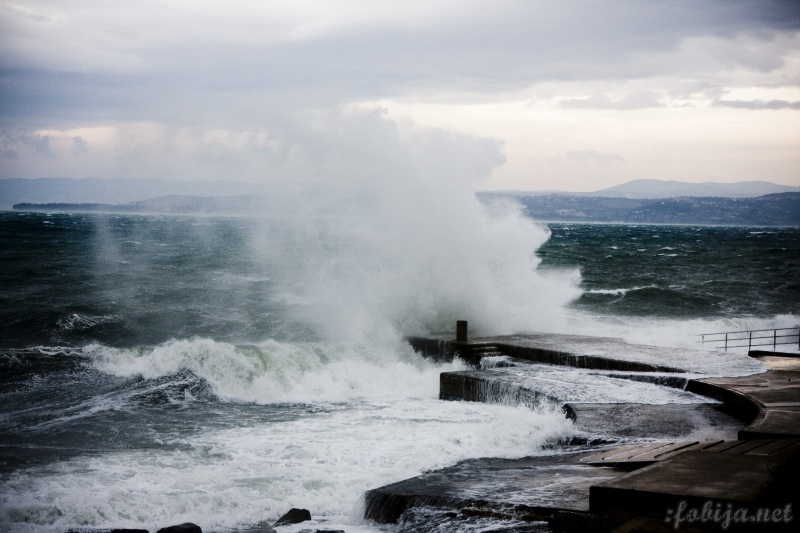 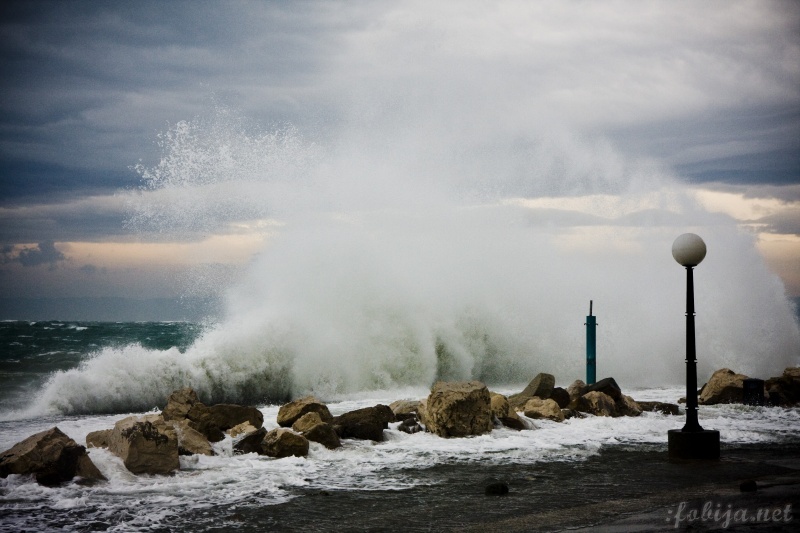 The area where some of the strongest bora winds occur is the Velebit mountain range in Croatia. The winds blowing in the Velebit Canal rush down the extremely steep slopes from the peaks which reach the height of 1000 m or more. Near the eastern coastal line itself bora does not cause the waves. Contrary it causes high and steep waves as it moves toward the west – to the islands of Krk, Prvič, Goli otok, Rab and Pag. In the area between the islands of Krk and Prvič the bora winds encounter an obstacle. The island of Prvič has a steep slope reaching the height of 360 m, while the slopes located south of the town of Baška on the island of Krk are approximately 260 m high. Since the bora is a cold and thus a heavy wind it cannot raise over the slopes. Therefore it is compressed and accelerated through the passage between the two islands. The passage is known as Senjska vrata. The bora blowing through this channel reaches the maximum speed and causes extreme waves between the islands of Krk, Sv. Grgur and Rab. The winds blow into different directions. The southern edge of the island of Krk, between Baška and Cape Negrit spreads in the direction from Southeast to Northwest. Here the bora changes its direction blowing along the Island of Plavnik, from the ESE direction. On the other hand, the bora, blowing towards the islands of Sv. Grgur and Rab blows from the NNE direction. 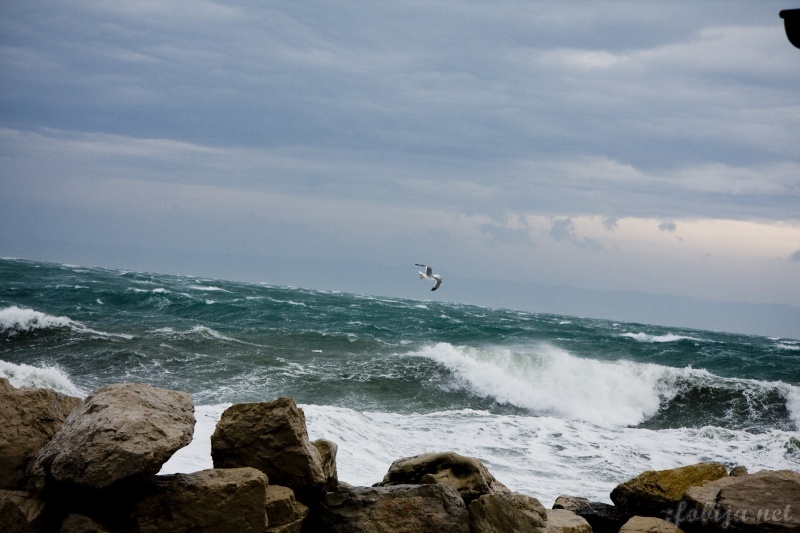 I want to receive the latest Simarine news and special deals.

Keep your Pico up to date for the latest features and best performance.

Visit the support page for help and find answers to frequently asked questions.

Find the nearest distributor to your location.
FIND
For support related questions please write to [email protected]. Alternatively, you can also reach us by phone on +386 51 334 800 between 8.00 and 16.00 Central European Time.
Made with